Networking is evolved today from the traditional Hardware based Networking to Software-defined Networking and extends up to Network Virtualization. 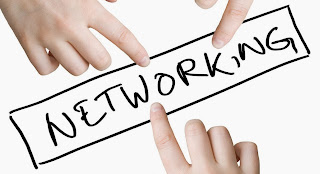 Today's topic is over the term called Software-Defined Networking (SDN) , every one is familiar with the term Networking and know what are the different types of devices involved in providing the solution and when it comes to managing the hardware based networking devices we rely on the firmware and also it's adds more complexity when you plan for a Networking solution which extends across boundaries and mainly when you plan for a Cloud based Infrastructure solution.

The term Software-Defined Networking is now every where in the IT market and Organizations mainly focus on deploying and managing their networking solutions according to the workloads received by the applications and various other services to provide consistent service to the end users through customizing the network traffic flow by decoupling itself from the underlying hardware involved and also Organizations needs their networking  solution needs to be flexible to deploy and provide elasticity. In a nutshell they need their Networking solution to be highly available,easily manageable and scalable at all times, and this can be accomplished by using SDN.

These above said points define the benefits of SDN to have a clear understanding of the topic access the below link to know the correct definition from TechTarget.

What is Software-Defined Networking?

If you are reading over SDN then you need to know about OpenFlow protocol which is the backbone of SDN in most offerings.

There are vendors who support OpenFlow protocol but not rely on the protocol for their SDN offerings, More information is given in the below article.

Should I use the OpenFlow protocol in software-defined networks?

To Understand better check these below Excellent YouTube Video Sessions

Microsoft is now concentrating on delivering the Software-Defined Networking beyond Network Virtualization which they provide through their Cloud Infrastructure with the new major release of  Windows Azure,Windows Server 2012 R2 and System Center R2 products. Access the Microsoft Server and Cloud Platform Forum to know more.