Microsoft team released two Official announcement that early next year 2014 we will have Service Pack 1 released for Exchange Server 2013 and Office 2013, its been quite a while ago these products were released and already Microsoft team is releasing cumulative updates for Exchange and Office which ideally fixes few outstanding issues and brings in new features but eventually triggers new issues which in turn gets fixed in the upcoming updates and the story goes on and on. 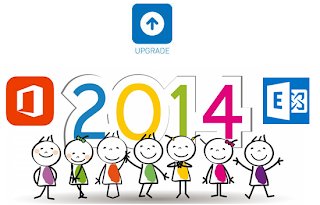 From the Exchange Server 2013 perspective we can expect some good features with SP1 like inclusion of Edge Transport role again which is discontinued and getting re-added now and also support for Windows Server 2012 R2 etc., if  you check the comments section on the EHLO Blog post you will get to know more on various views and queries raised by customers and Microsoft answers for better understanding, We don't have much visibility on Office end and we may get one soon and I hope these products stays stable and add value to our environment.