Microsoft team has launched a new dedicated website for IT Administrators to know and work with PowerShell for Office 365. 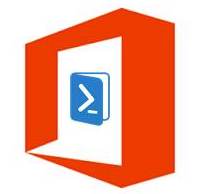 More information is available in the Official Office Blogs post: Get started on PowerShell for Office 365

Evolution of Exchange Server High Availability and Site Resilience from 2007- 2016 !!!

High Availability and Site Resilience are the key terms we hear everywhere in the IT Industry, when it comes to Exchange Server this becomes a crucial topic, Microsoft team has done lot of improvements on this essential part from a very long time and the evolution of these concepts had went far beyond imagination and still we can expect more to come in the mere future.

I am writing this post today to give a quick recap on the evolution of High availability and Site Resilience concepts from Exchange Server 2007 through the upcoming Exchange Server 2016 by providing you with cumulative collection of references to the TechNet Articles, TechEd \ MS Ignite Videos available on demand in Channel9 .

Let’s Begin with Exchange Server 2007 SP1 where Microsoft team introduced LCR, SSC and the vital CCR and SCR concepts which revolutionized the Messaging Environment HA & SR concepts that was the seed to the recent enhancements.

You can read more here from TechNet: High Availability Strategies

Next comes our Exchange Server 2010 which made significant changes to the High availability and Site Resilience concepts from his predecessor Exchange Server 2007 and introduced the concept of DAGs which stands as one of the great innovation of Microsoft and evolved to a greater extent with every version of Exchange till date.

You can read more here from TechNet: High Availability and Site Resilience

Exchange Server 2013 was introduced with lot of new features and Architectural changes that added fewer more new innovations to Exchange Server like Managed availability, Data Center fail over, Auto Reseed etc. and with the release of Exchange Server 2013 SP1, DAGs are further enhanced to provide more HA & SR features like DAGs with Dynamic Quorum and Dynamic witness etc. Now we have options to deploy DAG witness server in Azure and even Exchange Servers on IAAS in Azure etc.

Below sessions are essential ones to view and there are lot more.

High Availability and Site Resilience: Learning from the Cloud and Field

Under the Hood with DAGs

You can read more from TechNet here: High availability and site resilience

Exchange server VNext or Exchange sever 2016 is on the way and Microsoft team gave us the glimpse of what we can expect in the next version of Exchange during MS Ignite this May and below session and EHLO Blog post is the best place to begin to know more on the upcoming innovations related to our topic. 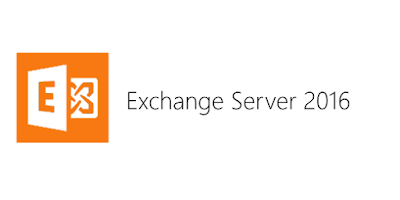 Exchange @ Ignite 2015 is the best place to access more resources to know more.

Stay tuned for more updates in the future days…

I am planning to do a write up on my favorite topic “Exchange Hybrid Deployments” soon with some good references and real time examples to give you guys an experience on the evolution of  Exchange hybrid deployments. I would call this as the “future deployment model” for Exchange sooner or later, that combines the features of both On premises and Cloud to provide a seamless experience for Managing the E-mail Infrastructure without compromising the latest innovations on the move from Microsoft with Office 365 .

Posted by Ravikumar Sathyamurthy at Tuesday, June 30, 2015 No comments:

Microsoft team officially made the most awaited announcement today, Azure AD Connect is now generally available for all Azure AD customers including Office365 customers. Azure AD Connect is the single tool and experience for connecting your on premises directories to Azure AD, whether you are evaluating, piloting, or in production. 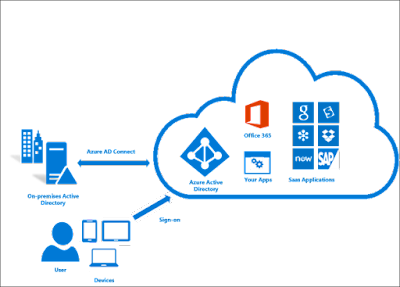 We can expect more updates on this new Tool after its GA from the community, Most of the Organizations can now utilize this Tool to migrate to Office 365 at ease. With this release we can eliminate the deployment complexity of Dirsync \ AAD Sync and AD FS and also take advantage of more advanced features as explained here.

Posted by Ravikumar Sathyamurthy at Wednesday, June 24, 2015 No comments:

Lets have a look at the new Skype for Business Online Service Description, Many advanced features has been introduced in this new version and to utilize them you need to know what is available with each Plan and adopt the best one to your needs. 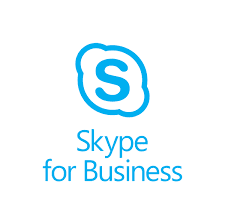 Clients for Skype for Business Online

Today I spend some time reviewing Microsoft Ignite sessions available on demand from channel9 and came across this essential breakthrough session from Administering Office 365 with the latest innovations from Microsoft. 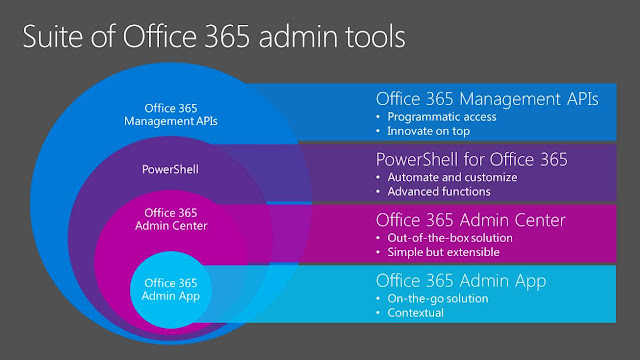 Microsoft team introduces the suite of Office 365 Admin tools that can do more for you on an Administration and management standpoint in day to day operations from advanced reporting to effective monitoring on the move. 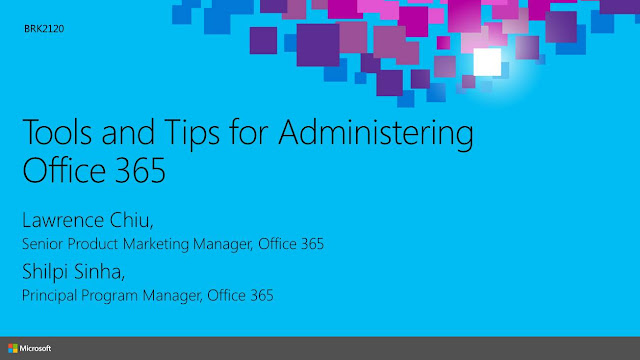 Access the Session here to know more: Tools and Tips for Administering Office 365

Would recommend every one who work with Office 365 to view this session and the related ones to know more on Office 365 Administration and increase end user support experience.
Posted by Ravikumar Sathyamurthy at Thursday, June 18, 2015 No comments: 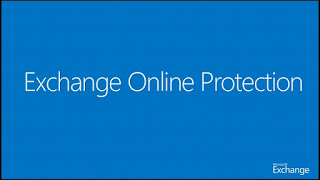 Below are the new enhancements,

For Hybrid deployments ensure that your On premises environment is updated to the current update or the one before to stay inline with Microsoft best practices for Hybrid.

As always deploy these updates in your Lab environment and plan for production upgrades, since the current Rollup and cumulative updates seems stable for a while we can expect this release also to be a standard one, but we never know until the community confirms the same in the upcoming days. stay tuned for further updates.

Posted by Ravikumar Sathyamurthy at Wednesday, June 17, 2015 No comments:

Organizations that require granular control over the application access and true SSO deployed ADFS servers in their environment for quite sometime, implementing and managing these servers is quite challenging and the Administrator who is going to handle the day to day operations should have strong knowledge on ADFS, from how it works to some more advanced topics in a nutshell.

Microsoft team has released the below ADFS Deep-Dive Series to provide adequate knowledge to ITPros, reading these blog posts are quite essential for every Administrator who work with ADFS and a crucial requirement for an consultant, who works on Office 365 deployment for larger enterprises, that involves true SSO experience.


Along with this series you can also give a read to this essential related post to know more on ADFS Claim rules.

You can expect fewer more posts in the upcoming days in this series with more deep dive stuff... stay tuned...
Posted by Ravikumar Sathyamurthy at Tuesday, June 16, 2015 No comments:

What's coming next in Office 365 - with Julia White

Hope many of you are aware about the recent Office Mechanics video session presented few weeks ago by Julia White MSFT on what's coming next in Office 365, an excellent walk-through session that provides an clear overview on the new innovations ahead with Office 365. 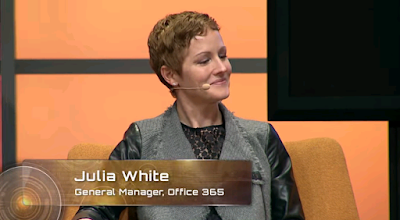 If you missed it and not watched it yet, view here: Quick tour of what's coming next in Office 365 - with Julia White
Posted by Ravikumar Sathyamurthy at Monday, June 15, 2015 No comments:

When an admin assigned to a workload-specific admin role, he would only have access to the relevant controls and settings associated with that workload, that provides more granular level access assignment as required rather than assigning Global Administrator role for managing only one service. 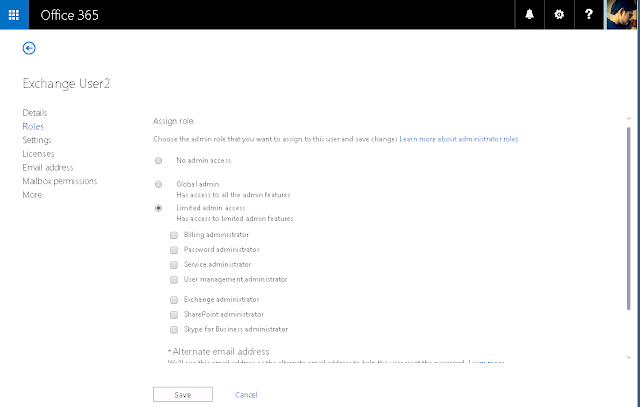 Review the below support article to know more information on the topic along with the detailed walk-through on assigning the new roles.