Today I saw this tweet from Lync MVP Matt Landis where he mentioned about the new Lync 2013 Client feature "Spell check" that is available now to save our time from performing this task manually as we do now before we IM any user during our conversation or during a Lync Meeting to exchange ideas. 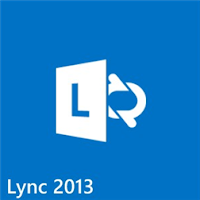 One important information to note is, now the updates for Lync 2013 client are delivered with Office 2013 updates and this feature is available to us when we install the  Latest September Office 2013 update and unfortunately this update caused the Outlook 2013 client folder pane issue and revoked by Microsoft team and will be re-published with the bugs fixed and to know more on this review my post "Outlook 2013 Folder Pane Issue with September Public Update"

Also to add more now we have one more feature re-enabled with this update which is the Lync presence status in the System tray where we have now is only the blue Icon with Lync 2013 client and need to hover it to view the actual presence status .

After installing the update, Presence Status is show in the system tray as before.

More information is available in the below post from flinchbot blog explained in a excellent way.

Let's wait for Microsoft to re-publish the update to enjoy these features with the Lync 2013 client.

Update: The Wait is Over now the Lync 2013 client September 2013 Cumulative Update is available now and can be downloaded from the below location.

Finally, Read this below excellent post from MVP Tom Arbuthnot on his blog where he walks us through the new features mentioned above visually. Also flinchbot blog mentioned above is updated by the author to include this recent update.