Get your Free Hybrid License Key from Microsoft!!!

Now Office 365 is gaining  momentum as ever before, Organizations already using this service getting new enhancements day by day, you can refer my earlier posts on the Office 365 section and also take a look at the Office Blogs for detailed information regarding the innovations and enhancements made to the product in the recent months, with all this being said most of the Larger Enterprises are still evaluating to get migrated to Cloud and best way everyone including Microsoft suggest for Larger Enterprises is to adopt Hybrid Deployment model, this model gives us the flexibility of managing both the On premises and Office 365 Environment seamlessly. 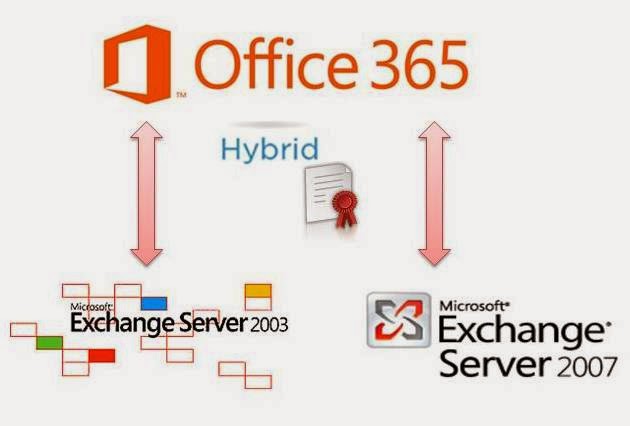 Microsoft made the Hybrid License key free for Organizations that are migrating from Exchange Server 2003 or 2007 and this is free for the one's who will be deploying and utilizing the Exchange Server 2010/2013 server for Hybrid purpose alone and also you need to have a valid Office 365 Enterprise subscription. Microsoft recently updated the below Knowledge base article to guide you how to obtain it and also the requirements for you to met to go for this free license with suggested links to follow for a successful Hybrid deployment as an ad-on.

Access the KB here: How to obtain an Exchange Hybrid Edition product key for your on-premises Exchange 2007 or Exchange 2003 organization
Posted by Ravikumar Sathyamurthy at Monday, March 17, 2014