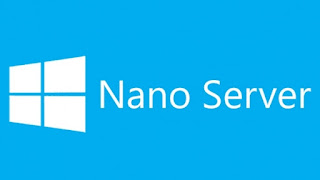 As a deeply refactored version of Windows Server, Nano Servers are designed to give you the lightest and fastest server OS configuration with fewer patch and update events, faster restarts, better resource utilization and tighter security.

Deployment and Management of Nano servers are simplified, now this forms the basis of Modern DataCenter that customers are waiting for and soon be adopted around the world.
Posted by Ravikumar Sathyamurthy at Sunday, February 28, 2016