Most awaited Office vNext a.k.a Office 2016 is released publicly today to the world as announced by Microsoft recently. Office 2016 comes with various set of rich features and enhancements that makes the adoption favorable. 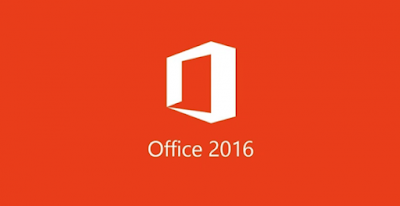 Some great features like real-time co-authoring, Inclusion of Skype for Business client, Office 365 Groups and new Office 365 planner are available and also support for Modern,Cloud-based attachment from one drive for recipients along with other great features adds significance for this release.

Also this version of Office works well with Windows 10 and takes you experience to next level with rich set of features as explained in the Office Blogs post.

For enterprise customers along with the above said features, Office 2016 has built-in Data Loss prevention (DLP) and supports Multi-factor authentication, IRM for Visio and also New Enterprise Data Protection (EDP) is coming soon to Office in early 2016

Along with this Office 2016 for Mac will also be available as a one-time purchase.

Review the Official announcement post below with more updates

The new Office is here

How do I update Office to Office 2016 using Office 365 for business?

Microsoft team has just released The Office 2016 Deployment Tool that allows the administrator to customize and manage Office 2016 Click-to-Run deployment.

When will I get Office 2016 under my Office 365 subscription? -WindowsITPro

*Be sure to read the Office 2016 Problems and Solutions and Frequently Asked Questions from Office 365 Community forums.

*Need help with the new Office 2016, read the below post.

Before you adopt Office 2016 review few key Blog post and articles available on the topic in the community.

Info path is not available with Office 2016, if you still want to use Info path review the below WindowsITPro post

Reminder - InfoPath is not included with Office 2016

one more new issue update below

Skype for Business is removed when you upgrade to Office 2016

If you decided not to upgrade to Office 2016 and stay with Office Proplus review the below Microsoft Knowledge Base article suggests the steps to prevent Office 2016 upgrade.

you can review the below references to more about this release.

Great article from Redmond Magazine that covers everything in a nutshell

Office 2016 Comes With Some Install Caveats

The Launch of Office 2016: The Most Secure Office EVER - In the Cloud Blog

Next step, Once a new product is released is the Training for end users and below is the new Office Training Center for Office 2016

Office Mechanics: Office 2016 for IT Admins

I have curated few vital resources on the topic currently available in the community and more to follow soon... stay tuned...

Hope everyone already started to explore the new Office, be sure to read the references above before you start deploying new Office to your end users.

To know more about the new Office and get your queries answered, Join the upcoming Office 2016 YamJam on the Office 365 Network tomorrow September 24th from 9-10 am PT

Your top questions about Office 2016 answered