Get ready for Exchange Server and SharePoint Server 2016 !!!

Microsoft team recently released two great resources this April to provide us with some insight on what's coming in the next version of Exchange Server and SharePoint Server, Microsoft named these versions are traditional 2016 with no new surprises here as with Next version of Lync in their naming context, but there are more exiting enhancements and new innovations added to the product line inline with Microsoft "Cloud First, Mobile First" strategy, which we are going to experience in the next few days. 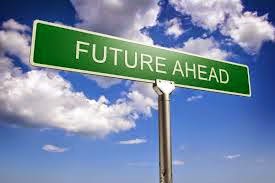 Microsoft Ignite event  is only a couple of weeks away, which is going to be the dream destination for most of the things to get uncovered that we are going to shape the future of Microsoft Technology and revolutionize the IT industry.
Posted by Ravikumar Sathyamurthy at Monday, April 20, 2015